The Sins of the Fathers


FrancisOnFilm: Battle of the Sexes. Decolonizing Philosophy. The Internet of Things. Harmful Jobs, Net Impact. Frege: The Invisible Anti-Semite. How does Consciousness Happen? On Our Cosmic Insignificance. Getting Rid of "Racism". Should Hate Speech be Protected? The Limits of Free Speech. A World Without Work. How Will Racism Be Eradicated? Social Status. Should You Fear AI? Women in Philosophy. Transitions in Philosophy Talk.

Credibility and Gender. Are Bosses Like Dictators? Your Question: Changing Physical Laws. The Best of Analytic and Continental Philosophy. Creativity and Character. Which Statues Should Go? Dennett vs. Papineau on Consciousness. Is James Franco Rescuing Philosophy? Mental Health and Assisted Suicide. FrancisOnFilm: Dunkirk. Philosophy of the Midlife Crisis. Robots and Sexthics. Superpredators Old and New. Driverless Cars at the Moral Crossroads. Fast Lane Ethics.

Rumor, Suspicion, and Misinformation. The Offensive Peter Singer. In Praise of Reading. Sex and Global Consequences. Cognitive Bias. Philosophy in The Simpsons. To Game or Not to Game. Philosophy Majors: Unexpectedly Employable. Your Question: Habermas and Factions. Habermas, Rationality, and Democracy.

The Unnatural is the Political. Pawns of ISIS. Habermas and the Fate of Democracy. Racial Profiling and Implicit Bias. FrancisOnFilm: Guardians of the Galaxy 2. Psychopathy and Evil. Conceptual Penises and Failed Hoaxes. Should Philosophers Get Political? Truth and Progress in Philosophy. Ai Weiwei: How Censorship Works. A Deep Dive into Democracy. Nietzsche, Schmitt, and the Alt-Right.

The Lifespan of a Genre. Envisioning Eastern Hegemony. Because You Are, I Am. Watered-down Philosophy for Tech Bros. Nozick, Libertarianism, and Philosophy. The Limits of Medical Consent. Defense of Transracialism Goes Awry. Is Human Monogamy Genetic?

The Sins of the Fathers | Ray Fowler .org

All Machine and No Ghost. Slower Reading for Better Philosophy. Why We Need Public Philosophy. FrancisOnFilm: Cezanne et Moi. Art, Origins, and the Fearless Girl. Why Vote? Tricks for Political Persuasion. A Virtual Walden's Pond. Transcending Intersectionality. Foucault's Concept of Power. Aesthetics for Dogs? Muscles and Marxism. Some Thoughts on Problematic Arguments. FrancisOnFilm: Get Out. Getting from Space and Time to Space-time. Space, Time, and Space-time. Cruelty in American Politics. Descartes, Elisabeth, and My Left Foot.

Take the Mirror Test. Queer and Christian? So Did Plato. Art and Obscenity. To 'Get' a Piece of Art? Maybe 20 Minutes. A Country is a Country. Why Is Analytic Philosophy Dominant? Is Milo Really a Conservative? Free Speech on Campus. Are Self-Help Books Useless? The Responsibility of Intellectuals.

For the Sins of the Fathers: Episode One (English version)

The Philosophical Dimensions of Reparations. Ask a Comedian. Arendt on Totalitarianism. How to Honor Black History Month. Philosophy Behind Bars. In Defense of Polyamory. The Case For and Against Reparations. RIP Bharati Mukherjee. The Emperor Has No Philosophy. Deadly Thought Experiments. Confessions of a Cassandra. FrancisOnFilm: Authenticity at Sundance.

FrancisOnFilm: What is a Documentary? Stanley Cavell and Public Philosophy. Ta-Nehisi Coates Reflects on Obama. Hail to the Chief of Philosophy. Outrage or Pity? The Value of a College Education. Empathy for Deplorables? Introducing: Francis on Film. Derek Parfit. December Against Santa. The Examined Year Triumph and Defeat. Is Donald Trump Lying or Bullshitting? The Mystery of the Multiverse. The Dark Side of the Cosmos. Trust and Mistrust. Dewey's Democracy. Magical Thinking. Do Religions Deserve Special Status? Dangerous Demographics.

Neuroaesthetics - Your Brain on Art. A Big Bang Blog. The Philosophy of Puns. The Mystery of Music. Identity Politics. The Morality of Revenge. Struggles of Democracy. The Limits of Self Knowledge. Stagehands in the Theatre of Life. The Philanthropy Trap. Sleeping, Dreaming, and the Well-Lived Life. Dream Incubation Instructions. Life as a Work of Art. The Moral Lives of Animals. Altered States of Consciousness. Lessons from the Trolley Problem. How Many Children?


Memes and the Evolution of Culture. Ancient Wisdom for Modern Times. Oneness is a Mystery.

Freedom and Free Markets. Religion and the Art of Living. Nations and Borders. The Divine Shape Shifter. Sartre's Existentialism. Life and Death in Prison. The Examined Year: - Uncut. Good, Evil, and the Divine Plan. Two Concepts of Safe Space. Self and Self-Presentation. Gun violence, advocacy, and the NRA. Perception, Memory, and Justice. The Demands of Morality. Will Innovation Kill Us? A Nietzschean Defense of Ben Carson. Collective Immortality: Living on Through Others. What is Cultural Appropriation? The Logic of Regret. Social media, knowledge of others, and self-knoweldge.

Bioethics — Myths and Realities. Dance as a Way of Knowing. Technological Immortality. What is a Culture of Victimhood? The Changing Face of Feminism. Ashley Madison, accommodation, and silencing. The Ethics of Drone Warfare. Has Science Replaced Philosophy? Education and the Culture Wars. Are Some People Better than Others?

The Last "Universal Genius". The Fine-Tuning Argument for God. Does Science Advance? The Power and Perils of Satire. 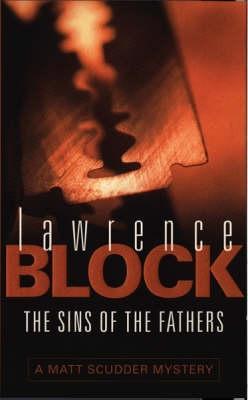 Does Neuroscience Threaten Free Will? The Ethics of Whistleblowing. Science and Politics: Friends or Foes? The Paradoxes of Ideology. Why Propaganda Matters. Unconditional Love. When Democracies Torture. The Bone that Changed China. A new multi-level hierarchy of ethics and morality. The Nature of Wilderness.

The McDonalds-ification of Education. Democracy in Crisis. Forbidden Words. Ethical Relativism. Disorders of the Mind - The Philosophy of Psychiatry. The More Good the Better? Camus and Absurdity. The Evolution of Storytelling. Political Activism in the Digital Age. The Psychology of Climate Change Denial. Regulating Bodies. Food Justice. Could Race be in Your Genes?

Categorizing Humans. December The Sex Trade. Violating the Humanity of Others. Gut Feelings. Immortality: Hume and Boswell. The Moral Costs of Climate Change. Transformative Experiences. Identities Lost and Found in a Global Age. Intuitions Are a Guide to…Look Here! The Fairness Fixation. Philosophy as Therapy. Freedom, Blame, and Resentment. Corporations and the Future of Democracy. Second-Guessing Ourselves.

Babies and the Birth of Morality. Neuroscience and the Law. Is Intuition a Guide to Truth? Remixing Reality: Art and Literature for the 21st Century. The Race Delusion. Privacy and The New Surveillance Society. Anatomy of a Terrorist. The Problem of Other Minds.

Being Human is Like Being Here. The Reality of Time. The Metaphysics of Color. Risk and Rationality. Conspiracy Theories. Weapons of Mass Destruction. Acting Together. Science and Gender. Inspiration for Evil. The Legacy of Freud. Memory and the Self. Moral Luck. An Anti-Determinist Argument. Confessions of a Conflicted Carnivore. The Ethics of Soda. Tennis as a Way of Knowing. A New Wrinkle on an Old Problem. The Dark Side of Science. Latin-American Philosophy. Diogenes the Cynic.

Richard Fletcher, Historian. My Discovery of the X-Files. Science, Philosophy, and Theology. The George W. Bush Presidential Library and Museum. Teaching Philosophy. What is philosophy? The Psychology of Partisan Politics. The Self. Resources for the sins of the fathers are visited upon the children.

It's now in the dictionary. You all would not have guessed some of these. Some imitative words are more surprising than others. How to use a word that literally drives some people nuts. The Moth. Fresh Air. Roman Mars. Snap Judgment Presents: Spooked. Myths and Legends. Paraffin Winter. Peter Chowney on Podiobooks. Dreams and Wings A Searcher and Stallion story. Scott Howard on Podiobooks. Hidden Things. Doyce Testerman. The Crown Conspiracy. Gillian Andrews on Podiobooks.